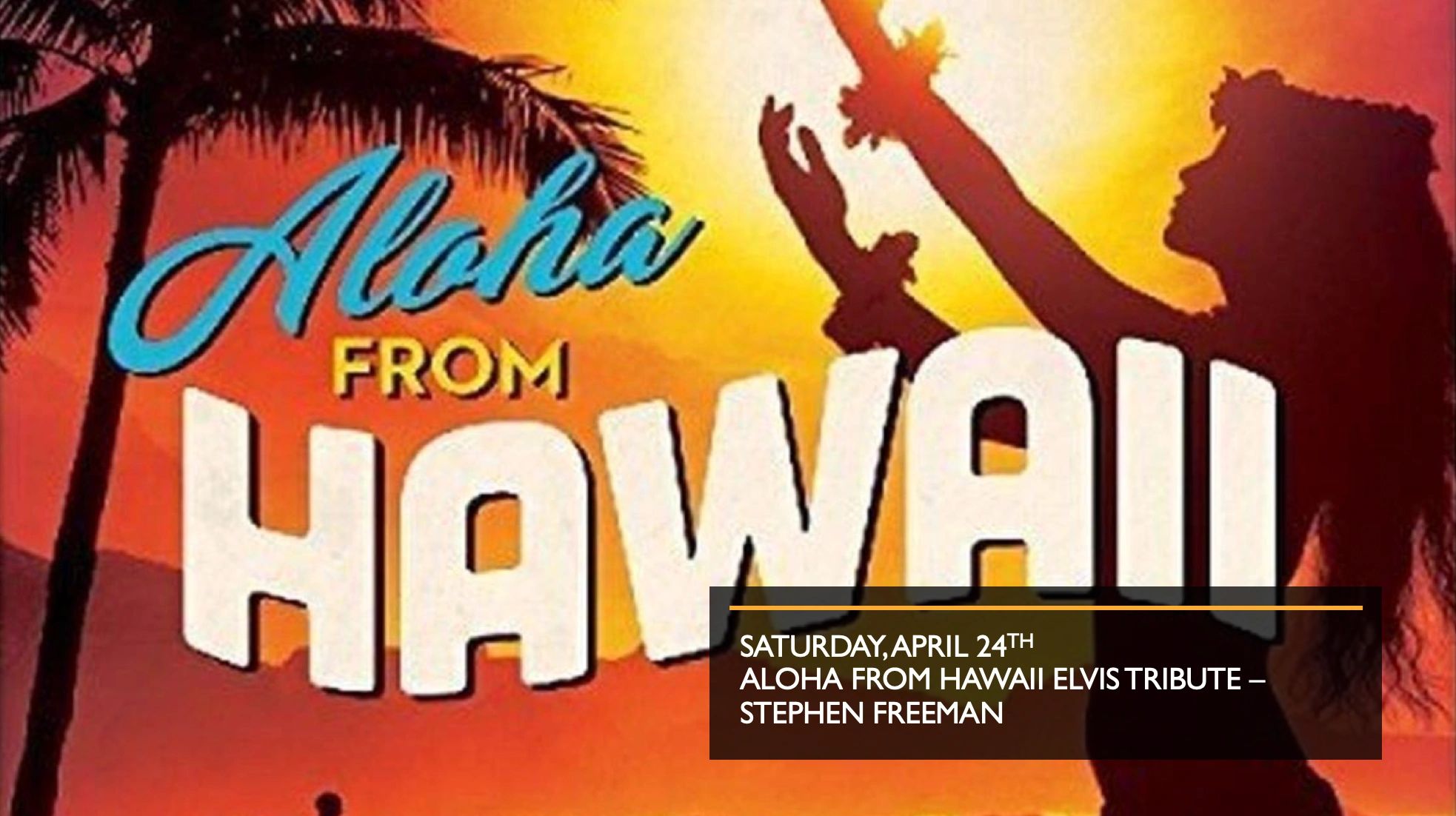 Join the ultimate Elvis, Stephen Freeman, and the Echoes of a Legend Live Show Band for our "Aloha From Hawaii" Elvis Tribute Concert!! Meet & Greet with Stephen Freeman included with your ticket!

Stephen was also contracted to perform for Legends in Concert in Myrtle Beach, SC and in August of 2012 Stephen was named one of the top 10 Elvis Tribute Artists in the world at the Ultimate Elvis Tribute Artist Contest presented by Elvis Presley Enterprises, Inc. in Memphis, Tn. While in Memphis that year, Elvis Presley Enterprises, Inc. invited Stephen to showcase his tribute to Elvis at the all new main event pavilion during Elvis Week. In 2015, 2016, 2017, 2018 and 2019 Stephen was selected to perform on the official Country Music Cruise with the Oak Ridge Boys, Kenny Rogers, Randy Owen, Martina McBride, Gatlin Brothers, Charlie Pride and many others.